You are here: Home1 / All Articles2 / how much protein too much

Tag Archive for: how much protein too much

More specifically, you want help with Protein Synthesis: How Much Protein You REALLY Need: Thomas DeLauer?

This Post Was All About Protein Synthesis: How Much Protein You REALLY Need: Thomas DeLauer. 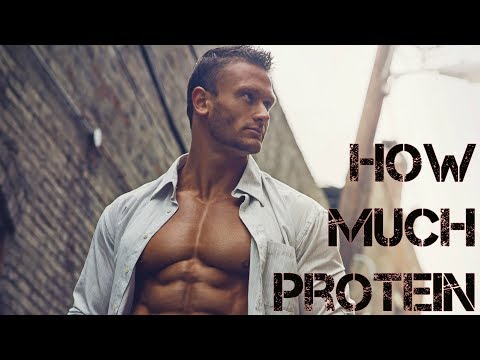 What is a nitrogen balance, and, how can it affect your body?

In order to gain muscle, all you need to do is have a positive nitrogen balance

Carbohydrates, protein and fats contain oxygen, carbon and hydrogen molecules. Protein, however, is the only macronutrient, which contains the nitrogen molecule.

As long as the level of nitrogen taken in exceeds the amount being lost, then the nitrogen balance is positive.

This means you have sufficient protein in your system to enable anabolism (muscle growth).

If you are losing more protein through urine than you are taking in, you are in a negative nitrogen balance, and only catabolism (muscle wastage) can result.

If all is equal, the best you can do is maintain muscle. (1)

Nitrogen balance compares the amount of nitrogen coming into the body (from dietary protein) to the amount being lost.

If you’re consuming the same amount of nitrogen that you’re losing, you’re in equilibrium – maintaining muscle

So, how much protein do you really need?

Many review papers have concluded 0.82g/lb is the upper limit at which protein intake benefits body composition

However, one study found no differences in muscle mass or strength gains in bodybuilders consuming either 0.61g/lb or 1.19g/lb over a 4-week period.
Based on nitrogen balance data, the authors recommended 0.75g/lb .

Another study found no differences in body composition, strength or resting hormonal concentrations in strength athletes consuming either 0.77g/lb or 0.91g/lb over a 3 month period.

If you train hard and/or are cutting

If you still think you need more than 0.82g/lb because you think you train harder than these test subjects, you don’t. Lemon (1992) studied bodybuilders training 1.5 hours per day, 6 days per week and still concluded 0.75g/lb is the highest intake at which body composition benefits could occur.
And lastly, one study looked at cutting weightlifters and they still found 0.73g/lb was sufficient to maintain lean body mass. (2)

When people eat too much protein, they take in more nitrogen than they need. This places a strain on the kidneys, which must expel the extra nitrogen through urine.

People with kidney disease are encouraged to eat low-protein diets. Such a diet reduces the excess levels of nitrogen and can also help prevent kidney disease.

Diets that are rich in animal protein cause people to excrete more calcium than normal through their kidneys and increase the risk of osteoporosis.

Countries with lower-protein diets have lower rates of osteoporosis and hip fractures.

Increased calcium excretion increases risk for kidney stones. Researchers in England found that when people added about 5 ounces of fish (about 34 grams of protein) to a normal diet, the risk of forming urinary tract stones increased by as much as 250 percent (3)

2) The Myth of 1 g/lb: Optimal Protein Intake for Bodybuilders. (n.d.). Retrieved from

3) The Protein Myth | The Physicians Committee. (n.d.). Retrieved from