You are here: Home1 / All Articles2 / how much protein do you need a day

Tag Archive for: how much protein do you need a day

More specifically, you want help with Protein Needs for Women | How Much Protein?

This Post Was All About Protein Needs for Women | How Much Protein. 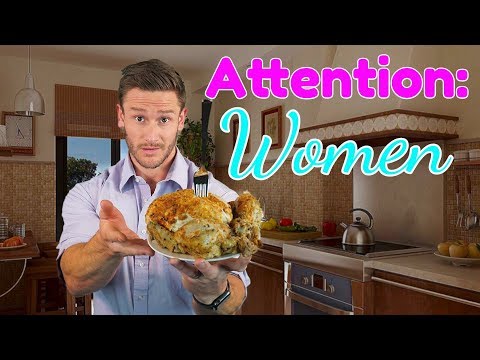 Protein Needs for Women | How Much Protein – Thomas DeLauer

When protein is eaten, your digestive processes break it down into amino acids, which pass into the blood and are carried throughout the body.

Your cells can then select the amino acids they need for the construction of new body tissue, antibodies, hormones, enzymes, and blood cells.

There are 22 different amino acids, each of which has its own characteristics

In various combinations, all of these amino acids are capable of forming an almost limitless variety of proteins, each serving its own purpose.

Nails are made of protein, not calcium as some think. A protein deficiency can be marked by split, extremely thin nails. Nails that fail to grow quickly lack protein.

L-cysteine and L-methionine are the sulfur amino acids that form “keratin,” which is the protein structure of hair

L-lysine, mainly present in the inner part of the hair root is responsible for hair shape and volume.

Especially important for women, who are at high risk of osteoporosis after menopause

It’s estimated that 80 percent of the 10 million Americans with osteoporosis are women. Women tend to have smaller, lighter bones than men.

This makes women more susceptible to osteoporosis as there is less mass, and menopause has a greater effect on their bones.

Aminos work along synergistic pathways to decrease inflammation and promote the body’s natural synthesis and maintenance of joints, ligaments, muscles and tendons, it protects, prevents and helps in the repair of musculoskeletal injuries and inflammation, regardless of the cause

The review, published in Osteoporosis International, found that a protein-rich diet, provided there is adequate calcium intake, is in fact beneficial for adult bone health

It also found no evidence that acid load due to higher dietary protein intakes, whether of animal or vegetable origin, is damaging to bone health

The key findings of the extensive literature review include:

Bone mineral density (BMD), which is an important determinant of bone strength, appears to be positively associated with dietary protein intakes

There appears to be no direct evidence of osteoporosis progression, fragility fractures or altered bone strength with the acid load originating from a balanced diet.

Today, there are six anabolic steroids given, in various combinations, to nearly all animals entering conventional beef feedlots in the U.S:

Many women endure abdominal discomfort and cramps every month, a condition known in medical terms as dysmenorrhea

They discovered that omega-3 fatty acids inhibit an enzyme called cyclooxygenase-2 (COX-2), which produces the prostaglandin hormones that spark inflammation

During your menstrual period, your uterus contracts to help expel its lining. Hormonelike substances (prostaglandins) involved in pain and inflammation trigger the uterine muscle contractions