You are here: Home1 / All Articles2 / how much meat should you eat

Tag Archive for: how much meat should you eat

More specifically, you want help with Red Meat: How much is Too Much- Thomas DeLauer?

This Post Was All About Red Meat: How much is Too Much- Thomas DeLauer. 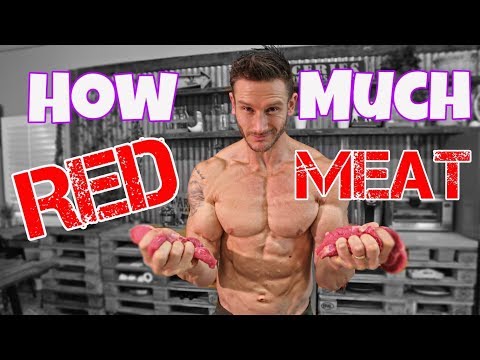 Red Meat: How much is Too Much- Thomas DeLauer… What is the link between red meat and weight loss? And what is the link between red meat and our hormones? I’m a guy that’s not a huge proponent of eating large amounts of meat, but I also have to do a service to those that are watching this video and lay out the facts. So what I want to do here is I want to explain how red meat is linked with our testosterone, linked with our estrogen, but also how much red meat you can away with consuming before it ever becomes dangerous or ever becomes a cancer causing issue.

So, let’s take a look at the science and let’s do some deep-dive into the hormones, into the frequency, and also into what you can do personally. Let’s go ahead and start off with the link between red meat and testosterone and estrogen.

It does not matter if you are male or female, we still have to take a look at these two pivotal hormones, because they play such a role when it comes down to our body composition, but also how we feel. The first thing we want to look at is the link with red meat and the mineral known as zinc.

We can start to hypothesize it has to do with the estrogen component, which I’ll explain in just a minute.

The other thing we have to look at with red meat, is the high levels of what is called Arachidonic acid. Arachidonic acid is, unfortunately, an omega-6. Now, omega-6s I’m not a big fan of, but in small amounts, they do play a big role.

Arachidonic acid plays a very powerful role when it comes down to steroidogeneses, which is the creation of testosterone in the testes of men, and actually a little bit in a small degree in the ovaries of females.

References:
1) Raben A , et al. (n.d.). Serum hormones and endurance performance after a lacto-ovo vegetarian and a mixed diet. – PubMed – NCBI. Retrieved from