You are here: Home1 / All Articles2 / how much magnesium should i take

Tag Archive for: how much magnesium should i take

More specifically, you want help with 8 Tell Tale Signs of a Magnesium Deficiency?

This Post Was All About 8 Tell Tale Signs of a Magnesium Deficiency. 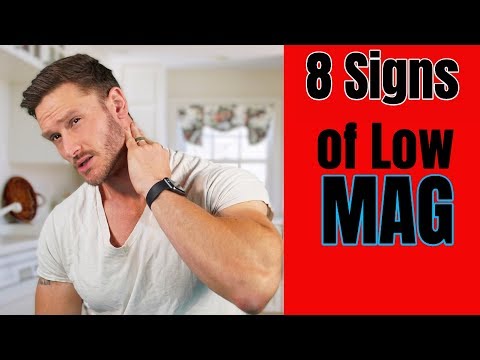 When magnesium contacts your cell membranes, it bonds with specific receptor sites that open up the cell membrane and allow other mineral ions to enter, such as calcium and potassium

Mag binds to gamma-aminobutyric acid (GABA) receptors and activates them. GABA is the neurotransmitter responsible for quieting down nerve activity

A lack of magnesium can result in low GABA levels, and when GABA is low, your brain gets stuck in the “on” position and it becomes impossible to relax

A 2012 report, published in the Journal of Neuropharmacology, found that magnesium deficiency caused an increase in the production of cortisol in the brains of the mice, specifically by activating the paraventricular hypothalamic nucleus, a part of the brain that controls responses to stress and anxiety

Magnesium stimulates the hormone calcitonin, which helps to preserve bone structure by drawing calcium out of the blood and soft tissues back into the bones. This action helps lower the likelihood of osteoporosis

A decrease in intracellular magnesium, caused by magnesium deficiency, releases the magnesium-mediated inhibition of ROMK channels and increases potassium secretion.

In other words, magnesium is required in the reactions that create ATP energy in the cells
Without magnesium, you literally won’t have energy on a cellular level – this shows up as fatigue, low energy, lack of drive, and other problems.