You are here: Home1 / All Articles2 / benefits of binaural beats 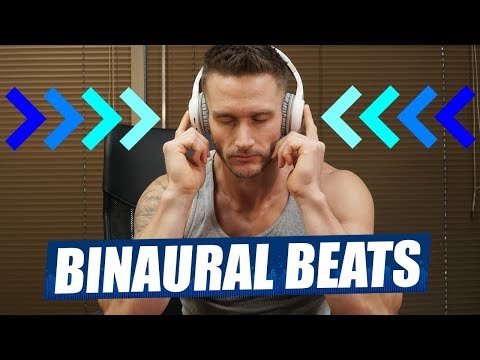 Binaural Beats is a term given to a measured change in brain activity when presented with audio stimulus. When a person is presented with a stereo sound with two different tones the brain produces a response (binaural beat) which is hearing and responding to the difference between the tones, not the actual tones themselves – “Binaural” means “relating to both ears.” So, when you play a tone with a slightly different frequency into your left and right ear, they travel separately to your inferior colliculus, the part of your brain that gathers auditory input. For example, if a 200 Hz sound frequency is sent to the left ear, and a 205 Hz to the right ear, the brain will process those two frequencies and perceive a new frequency at 5 Hz. The brain then follows along at the new frequency (5 Hz), producing brain waves at the same rate of Hertz (Hz) – the term for this process is ‘frequency following response’. The tones come together into a so-called “beat” at the perceived new frequency – it sounds hard to believe, but essentially you’re hearing something that’s not really there. Once binaural beats introduce a new frequency to your brain, your brain waves feel compelled to sync to it, effectively launching you into a different “brain state. Simply, binaural beats are the perceived beating or tones that appear when two very-slightly different tones play next to each other.

How Do Binaural Beats Work?
The combination of millions of neurons sending signals at once produces a significant amount of electrical activity in the brain, which can be detected using sensitive medical equipment such as an electroencephalogram (EEG). This electrical activity of the brain is commonly known as a brain wave pattern, because of its cyclic, ‘wave-like’ nature. The human auditory system analyses time differences between tonal vibrations in sections – called critical bands. When two different sinusoidal tones that lie within one critical band are heard simultaneously, through separate ears, there will be a time-dependent phase (difference in similar rhythms) between both ears. At certain low to mid frequencies, the phase creates an auditory event, which is basically an aural illusion, of another tone or beating.

Types of Brain Waves-
Your brain has five different types of waves – generally speaking, low-frequency waves are linked to “delta” and “theta” states which can boost relaxation and improve sleep. Higher frequencies reportedly boost your brain waves into a “gamma” state which may make you more alert, focused, or better able to recall memories. Mid-range frequencies have been linked to attention – your brain moves into an “alpha” state when your focus turns inward (as in meditation) and a “beta” state when your attention is tuned to the world around you. So essentially, when there is a change in your brainwave patterns there is an equal change in your mind and your emotions – changes in your brain waves create changes in your body’s internal chemistry and ultimately a change in its physical structure.