This Post Was All About 90 SECOND Low Carb Keto Bread Recipe. 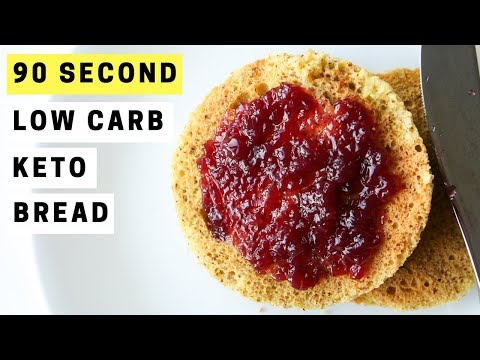 How to make low carb bread in 90 seconds! THE BEST keto bread recipe you’ll ever make in under 2 minutes. Plus, this low carb keto bread has just over 1g net carbs per slice too.

In a small-medium sized bowl weigh out the coconut oil, and melt it in the microwave
Once it’s melted bring the bowl back to your food scale and weigh out you almond flour
Add the egg and baking powder and mix until a soupy egg consistency starts takes shape
Once it does, coat a ramekin with non-stick spray and add the mixture to the ramekin
Microwave for somewhere between 60-90 seconds (I have a 700 Watt microwave and 90 seconds is perfect. If yours is 1000-1200 Watts 60 seconds or close to that will work better for you)
Once it’s done microwaving take a knife and work it around the outer edge of the mug
Now transfer the bread to a small plate and cut it in half with a serrated knife
Toast the bread in a toaster, or toaster oven and top with your favorite toppings!

Is it Bad to Crack Your Own Neck?

The Dangers of Using Baking Soda Scroll to top