You are here: Home1 / All Articles2 / Keto Course3 / 9 Things Sabotaging Your Meal Prep and Diet

More specifically, you want help with 9 Things Sabotaging Your Meal Prep and Diet?

This Post Was All About 9 Things Sabotaging Your Meal Prep and Diet. 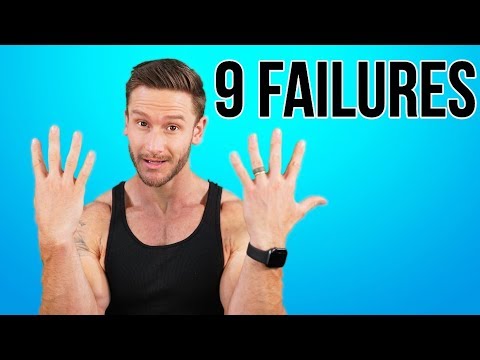 1) Preparing Too Many Meals (rebut the 6 whole meals)

Published in the journal Diabetologia, researchers found that eating 2 larger meals a day (breakfast and lunch) is more effective than 6 smaller meals in a reduced-energy regimen (for patients with type 2 diabetes)

A study published in the Journal of Agricultural and Food Chemistry, compared the vitamin content in 8 different fresh and frozen fruits and vegetables – corn, carrots, broccoli, spinach, peas, green beans, strawberries and blueberries – and found no consistent differences overall between fresh and frozen

The vitamin content was occasionally higher in some frozen foods; frozen broccoli, for example, had more riboflavin (a B vitamin) than fresh broccoli

But frozen peas had less riboflavin than fresh peas; and frozen corn, green beans and blueberries had more vitamin C than their fresh counterparts

The researchers also analyzed the amount of fiber, levels of phenolic compounds (good sources of antioxidants) and minerals like calcium, iron, zinc and magnesium in the same 8 fruits and vegetables – found no significant differences between the fresh and frozen varieties

3) Thinking You Need Time – Take a week where you DO Have time, and portion out meats, etc and then freeze them

5) Not Having Space in the Fridge

6) Kids/Family Throwing Off – Cook Meats or most difficult portions

Our memory is associative, which means we connect various pieces of information based on their relationship to each other – the more “plastic” our brains become, the more creative thoughts and connections we’re able to have
9) Packing Snacks – Sabotages because EXTRA WORK, Plus Hurts Fat Loss

So when you’re constantly eating, you’re consistently releasing insulin, which puts your body into its “absorptive phase”

Sardines provide one of the highest sources of essential omega-3 fatty acids and have 740 mg of DHA and 450 mg of EPA in a serving – more than 1000mg of omega 3’s combined (an average 3.75 oz can contains roughly 23g of protein)

However, sardines in water are more ideal if you are trying to optimize your omega balance as adding oil also adds omega-6’s

Sardines also contain high levels of selenium, with 87% of your daily needs in one can (3.20 oz)

Note: some types of mackerel have high amounts of mercury (king mackerel has the highest, followed by spanish and gulf) so opt for north atlantic mackerel when possible

How to Heal COVID Lung Damage

Is it Bad to Crack Your Own Neck? Scroll to top