This Post Was All About 7 Proven Ways Green Tea Burns Fat (more than coffee?). 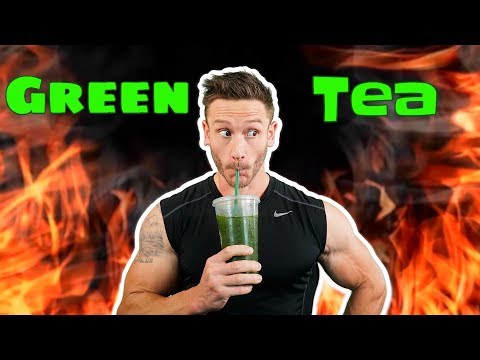 When this enzyme is inhibited, the amount of norepinephrine increases, promoting fat breakdown

Specifically, it inhibits catechol-O-methyltransferase, which is an enzyme that degrades catecholamines (such as dopamine, epinephrine, and norepinephrine) – inhibition of this enzyme prevents the degradation of catecholamines

EGCG increases the hormone CCK (cholecystokinin), which is responsible for creating the feeling of satiation

Investigated whether green tea extract, by virtue of its high content of caffeine and catechin polyphenols, could increase 24-h energy expenditure (EE) and fat oxidation in humans.

Twenty-four-hour EE, the respiratory quotient (RQ), and the urinary excretion of nitrogen and catecholamines were measured in a respiratory chamber in 10 healthy men
On 3 separate occasions, subjects were randomly assigned among 3 treatments: green tea extract (50 mg caffeine and 90 mg epigallocatechin gallate), caffeine (50 mg), and placebo, which they ingested at breakfast, lunch, and dinner.

Relative to placebo, treatment with the green tea extract resulted in a significant increase in 24-h EE (4%)

This is a weaker link, but theanine increases levels of alpha waves, putting you in a focused state of mind – you’d likely be less inclined to eat during this, although there isn’t a published study looking directly at this

A wider, more dilated blood vessel allows for greater blood to flow through it, which means more nutrient rich blood is transported to your muscles, delivering the essentials it needs to repair and grow.

Theanine increases blood flow, which may increase the delivery of fat burning hormones like epinephrine and norepinephrine

Afraid to Know What’s in a Hot Dog?

The 2 Most Ignored Minerals In Diabetes and Insulin Resistance

How to Correct Your Constipation