This Post Was All About 6 Reasons People Quit Keto [Low Carb Mistakes]. 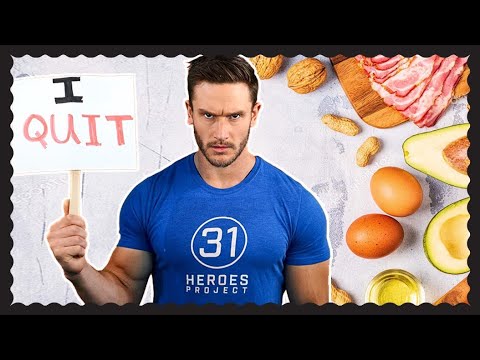 1) Lack of Energy/Stiffness- How to fix – More Protein

Methionine is a sulfur bearing amino acid that is necessary for cartilage formation.

Arginine is a crucial factor for bone creation as among other things, it supports the production of collagen

A study from the American Journal of Clinical Nutrition found that a piece of white bread paired with tuna (a great source of protein) led to a slower rise in blood sugar than white bread eaten alone or paired with oat cereal (fiber), butter (fat), or rice cereal (more carbohydrates) (reduced glucose AUC by 25%)

Alpha-linolenic acid (ALA) – the body mainly uses ALA for energy, but this omega-3 has also been found to reduce the risk of fractures, heart disease, and type 2 diabetes as well

They can help regulate immune system function by provoking inflammation at the right times and can Improve blood pressure levels, blood clotting capacity, and brain function

Our memory is associative, which means we connect various pieces of information based on their relationship to each other

The more “plastic” our brains become, the more creative thoughts and connections we’re able to have.

While it’s feasible that keto could, in some instances, cause depression, or at least reduce the amount of tryptophan delivered to the brain, a study from Neuroscience found that certain fatty acids, octanoic and decanoic fatty acids (FAs), the main components in the MCT, can increase brain levels of tryptophan

Eat This Dinner Before Fasting – How to Start a Fast

Getting the Right Diet for Your Body Type

Tomato vs. Carrot: Which is Better on Keto? Scroll to top