This Post Was All About 5 Ways to Turn Belly Fat into Body Heat (brown fat activation). 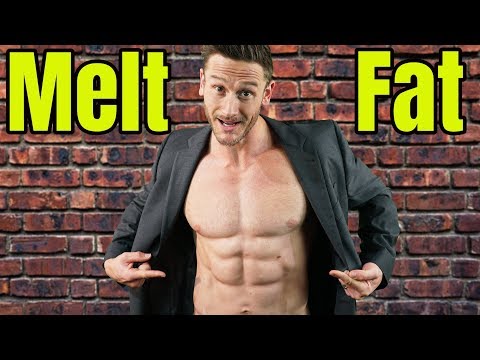 One study, published in the Journal of Clinical Investigation, looked at 12 young men with lower-than-average amounts of active brown fat who were asked to sit in a 63-degree Fahrenheit room for two hours a day over the course of six weeks

They burned an extra 108 calories in the cold compared with normal indoor temperatures – after six weeks their bodies were burning an extra 289 calories in the cold, prompting researchers to hypothesize that the exposure to lower temps increased the activity of a gene that converts white fat to brown

Specifically, to induce adipocyte browning using bone marrow (BM) derived mesenchymal stem cells (MSC), there is a temperature differentiation at 32 °C instead of 37 °C (lowered from 37 to 32 degrees)

Under certain circumstances, white fat can be converted into brown fat

In a study published in Nature, researchers exposed groups of mice to sixteen weeks of intermittent fasting – the design saw the animals being fed for two days, followed by one day without anything to eat and their calorie intake was not adjusted otherwise

Mice were put on either a keto diet or a regular chow diet – in the keto group, blood glucose levels were 30% lower while D-β-hydroxybutyrate levels were about 3.5-fold higher

Median mitochondrial size in the interscapular BAT (IBAT) of the KD group was about 60% greater, whereas the median lipid droplet size was about half of that in the chow group. Mitochondrial oxidative phosphorylation proteins were increased (1.5–3-fold) and the uncoupling protein 1 levels were increased by threefold in mice fed the KD

demonstrate that a KD can also increase BAT mitochondrial size and protein levels.

The KD increased markers of sympathetic activity (cAMP and CREB levels) in the BAT of the mice.

Levels of expression of irisin in skeletal muscle increased significantly after a session of HIIT (p less than 0.05), while aerobic exercise no effect on irisin levels

Exercise causes muscle cells to release a protein hormone called irisin – Irisin acts upon white fat to alter it by giving it properties of brown fat by increasing the number of mitochondria within the white fat cells, changing the color of the fat cells to beige cells – essentially mimicking brown fat’s effects

Specifically, curcumin promotes β3AR gene expression in inguinal WAT and elevates the levels of plasma norepinephrine, a hormone that can induce WAT browning

The Best Bladder Remedy I Know