You are here: Home1 / All Articles2 / Keto Course3 / 5 Unusual Things that Break a Fast

More specifically, you want help with 5 Unusual Things that Break a Fast?

This Post Was All About 5 Unusual Things that Break a Fast. 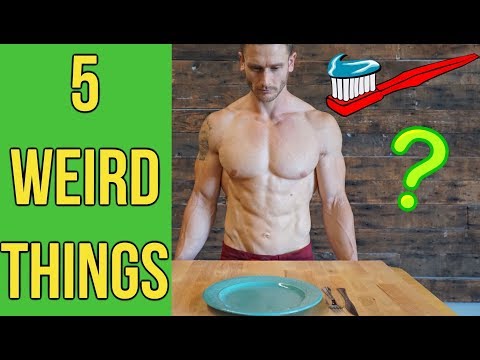 Fluoride makes the enamel of your teeth harder and more resistant to acid wear – fluoride only makes up about 0.15% of most toothpastes, although prescription-strength fluoride toothpastes contain more than 1% of fluoride

Most toothpastes contain saccharin, aspartame, or xylitol to add a bit of sweetness

As we know, there’s some research showing that a sweet taste may trigger an insulin response

Carrageenan is a common thickener added to toothpastes

Uses sodium fluoride and and saccharin as well

No, they contain oils with caloric values

Study from = had subjects fast with and without vitamins C & E and found that there was a 2.7% increase in t expression in the non-vitamins group

There’s conflicting reports about whether or not Xylitol affects insulin or blood glucose, but a study in Diabetologica found that, in human subjects, xylitol taken by mouth in solution as a single 30 g dose caused no rise in plasma insulin concentration but did produce a minimal rise in blood glucose

Additionally, since it’s not metabolized and broken down in the stomach like other sweeteners so it reaches parts of the intestines that regular sugar wouldn’t

Since it has the ability to kill many strains of bacteria including streptococcus mutans, which is one of the reasons it is beneficial for dental health, it may also negatively affect gut bacteria

Erythritol did not affect serum levels of glucose, insulin or other serum constituents. More than 90% of ingested erythritol was readily absorbed and excreted in urine without degradation. This fact suggests that available energy of erythritol in human is less than 1.7 kJ/g (0.4 kcal/g).

The downside here is that erythritol will still stimulate digestive enzymes, technically breaking a fasting for those doing it for longevity purposes

Also contains a small amount of vitamin C per serving

A study from t looked at the effects of BCAA supplementation on plasma concentrations of free amino acids, insulin, and energy substrates in a group of men aged 22-25

Additionally, a study in the Journal of Diabetes found that leucine activates mTOR signaling – leucine has an affinity for mTOR

Ketogenic Diet: How Long Does it Take to Get Into Ketosis?

How Lifting Weights Changed My Life (on the Inside)

How to Stop Eating Mindlessly (Sleep Deprivation and Munching)

My Opinion on Psyllium Seed Husk Scroll to top