4 Ways to Get By on Less Sleep [REAL SCIENCE]

More specifically, you want help with 4 Ways to Get By on Less Sleep [REAL SCIENCE]?

This Post Was All About 4 Ways to Get By on Less Sleep [REAL SCIENCE]. 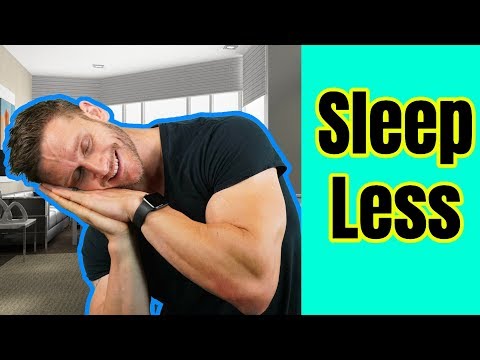 Special Thanks to my team and Nicholas Norwitz – Oxford Ketone PhD Researcher and Harvard Med Student – for working diligently on this research!

4 Ways to Get By on Less Sleep – Thomas DeLauer

When the clock approaches your normal bedtime hour, your autonomic (subconscious) nervous system causes the blood vessels at peripheral sites around your body to dilate so that hot blood gets shunted away from your core and gets dissipated through your arms and hands, legs and feet, and head. As a result, a temperature gradient is created and your core cools, signaling to your body that it’s time to rest. Zzzzzzz……

Karacan I. et al. Aviation, Space, and Environmental Medicine 1978: In this cross-over study, sleep was monitored in 10 normal healthy men slept who slept under control or hot conditions. In the hot condition, participants had less total sleep time, more frequent and longer awakenings, and a decreased amount of REM and deep (stages 3 and 4) sleep, which are the most important stages of sleep for memory consolidation and recovery.

Rapid Eye Movement (REM) sleep is the stage of sleep in which your body is fully paralyzed and when you dream. The complete set of physiological functions of REM are not know; but it is known that REM is a particularly important phase of sleep and that animals deprived of REM sleep, and allowed non-REM sleep, die of REM deprivation. One particularly important function of REM includes the consolidation and preservation of memories.

Ebrahim I. et al. Alcoholism Clinical and Experiential Research 2013 (Review): This systematic review of the literature includes 18 studies that examined how sleep varied in participants after having ~4 standard drinks in the evening. “Seventeen of the 18 studies show a reduced total night REM sleep percentage compared to baseline [and] … All 10 studies reporting data on REM sleep latency confirm an increase in the latency to the first REM sleep period.”

The same conclusion was reached in another review, Brower K. Alcohol Research & Health 2009 (Review), a figure and a table from which are shown below. The figure shows that percentage of time spent in REM decreases, and time to REM onset (latency) increases, with alcohol consumption. The table suggests some mechanisms by which alcohol may be acting to exert its negative effects on REM (contrast columns two and five. I know that acetylcholine is important in inducing REM (see piece on “Keto for Night Owls”) and that ethanol binds to acetylcholine receptors, so that’s one neurotransmitter you could focus on.

Obviously, the putative direct effect of alcohol on percentage of REM sleep is concerning. But it’s also worth noting the effect of alcohol on REM sleep latency, particularly for the population of people who don’t sleep for prolonged stretches of time (audience of this video). This is because if it takes longer to begin moving into REM, and you’re only sleeping for a few hours, you may end up getting far less REM.

In addition, alcohol can also contribute to sleep “apnea,” or pausing in breathing that occur throughout the night and disrupt restful sleep. This is because alcohol decreases a person’s drive to breath, makes him/her breath more shallowly, and relaxes his/her throat muscles to increase the chances that his/her airway collapses. One in five Americans have sleep apnea, although most go undiagnosed.

Peppard P. et al. Journal of Clinical Sleep Medicine 2007: In this study, 775 men were evaluated for alcohol consumption and sleep apnea. “For each increment of one drink per day, men who consumed more alcohol has a 25% greater odds of mild to worse [apnea].”

Adenosine (the central building block of ATP) is a neurochemical produced in the basal forebrain that helps us sleep. It’s generated during waking hours and is broken during sleep. Therefore, the longer we are awake, the more adenosine accumulates, and the more we are driven to sleep.

How to Get in Better Shape by Doing Less!- Thomas DeLauer