This Post Was All About 4 Teas that Enhance Fasting: Scientifically Approved I.F. Beverages. 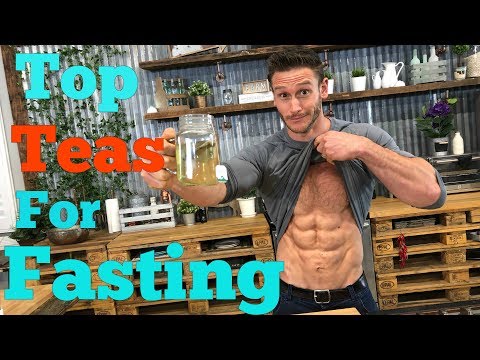 Contains about 50mg of caffeine per cup – inhibits adenosine and causes the release of dopamine and adrenaline. Also contains methyl xanthine, which stimulates serotonin production levels in your brain

Caffeine promotes the release of norepinephrine, a key regulator of fatty acid release from fat cells into blood circulation to be burned for energy

Combined with the effects of autophagy = win win

A cup of green tea has roughly 35mg of caffeine

Green tea contains a phytonutrient called EGCG (EGCG is destroyed in black tea during the fermentation process) that increases the hormone CCK (cholecystokinin), which is responsible for creating the feeling of satiation

Ginseng has been found to increase the number of immune cells in the blood – In one study, 227 people got either ginseng or placebo for 12 weeks, and got a flu vaccine after 4 weeks; the number of colds and flu were two-thirds lower in the group that took ginseng

A single dose of ginseng has also been shown to modulate cerebro electrical (EEG) activity – *from what i could gather, excessive EEG activity is bad for memory and, overall, the brain

Lion’s mane has the ability to stimulate the synthesis of (NGF) Nerve Growth Factor – NGF is necessary to nerve cell survival in the central and peripheral nervous system.

It is is a neuropeptide that helps maintain neurons, which are the cells responsible for helping your brain process and transmit information

Chamomile tea also contains flavonoids, but one of those flavonoids in chamomile tea is called apigenin – apigenin binds to benzodiazepine receptors in the brain

A study published in the American Chemical Society’s Journal of Agricultural and Food Chemistry found that drinking chamomile tea was associated with a significant increase in urinary levels of hippurate, a breakdown product of certain plant-based compounds known as phenolics, some of which have been associated with increased antibacterial activity

How Age Influences Your Immune System

Skipping Breakfast Only Works IF You Are On Keto