This Post Was All About 4 Quick Keto Snacks Under 100 Calories. 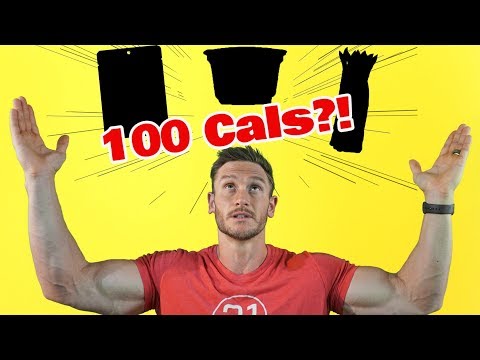 Albacore tuna (labeled “solid white” ), is the biggest of the tuna family and hence the worst offender in regards to mercury levels

Tuna seems small in a can, but is actually quite large in reality, which albacore being the biggest type of tuning – lives longer and contains more mercury

Tuna pouches are made from the same foil and polymer film as military “meals ready to eat,” and heat penetrates this thin material more quickly

Selenium is also able to enhance proliferation of cytotoxic precursor cells, which give rise to the T immune cells that fight cancer and viruses within the body

Selenium is what gives the enzyme its potency in preventing and cleaning up after destructive oxygen free radicals – as such, decreased selenium in the blood leads to decreased glutathione peroxidase activity
B12

B12 helps to build and maintain myelin sheaths, keeping conversations between cells going and the nervous system running strong

Fage Greek Yogurt (1 6oz = 90 calories)
When healthy bacteria (S. thermophilus and L. bulgaricus) are added to milk and allowed to ferment, the fermentation process leads to changes in the bioavailability of nutrients found in the final product

As the pH decreases, both phosphorus and calcium are converted into their soluble forms, the proteins become calcium free and more easily digested by proteolytic enzymes, making them more bioavailable

This additional straining leads to a thicker and more concentrated yogurt, with a higher protein concentration – also leads to Greek yogurt having a slightly lower carb count in comparison

Ranch dressing is a type of salad dressing made of some combination of buttermilk, salt, garlic, onion, mustard, herbs (commonly chives, parsley, and dill), and spices (commonly black pepper, paprika, and ground mustard seed), mixed into a sauce based on mayonnaise, or another oil emulsion. Sour cream and yogurt are sometimes used in addition to or as a substitute for buttermilk and mayonnaise

Chomps (1 Turkey stick = 70 cals, 2g fat, 10g protein)
Turkey jerky that is 100% Grass-Fed and Grass-Finished that is also 100% Non-GMO – the animals are never sent to feedlots and never given antibiotics or hormones

Unique in that their sodium content is comprised of sea salt

Most table salts contain iodine and sodium ferrocyanide (yellow prussiate of soda), both of which are toxic for the body

A study published in The American Journal of Clinical Nutrition looked to see if prebiotic fiber, such as inulin, helps overweight adults with satiety (feeling full and satisfied)

In the 16-week study, 38 children, aged 7-12 years, were randomly assigned either 8 grams of inulin or 8 grams of calorie-matching maltodextrin (placebo) to consume once daily 15-30 minutes before dinner

There were no other required dietary changes or lifestyle changes

Researchers found that prebiotic consumption of inulin resulted in greater feelings of fullness, which corresponded with a significant decrease in food consumption as well

The fermentation by the microbiota in the gut of prebiotic fiber, such as inulin, results in the production of short-chain fatty acids, such as propionate and butyrate

How to Detox and Flush Your Kidneys

Intermittent Fasting & When Do I Exercise

The Most Common Nutrient Deficiency in the Elderly

Will Apple Cider Vinegar Burn Your Skin or Heal It? Scroll to top