You are here: Home1 / All Articles2 / Keto Course3 / 4 Most Common Muscle Building Mistakes

This Post Was All About 4 Most Common Muscle Building Mistakes. 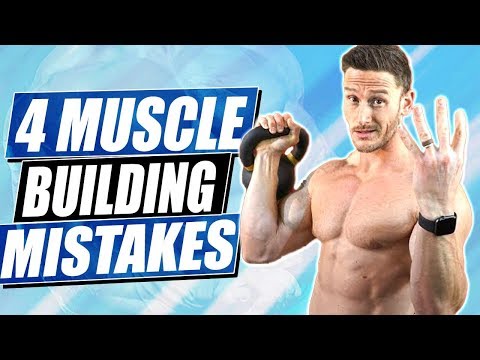 *30 min of endurance training increased volume density of mitrochondria by 40%* – for this to happen, it means you raise the capacity for ATP supply/increase ATP

2) Using too much BCAAs (Leucine)

Glycolysis is defined as, “the breakdown of glucose by enzymes, releasing energy and pyruvic acid (pyruvate)”

In other words, it’s a series of reactions in which glucose is converted to pyruvate and its chemical energy is transferred to NADH and ATP

3) Not getting enough Omega 3 (Grass fed vs Grain Fed)

Animals that are fed green grass also store more vitamin A in their livers, which is why grass-finished beef is higher in beta carotene – the precursor to vitamin A

This is related to the fact that vitamin A is needed for the breakdown of protein during the muscle repair process – in other words, without enough Vitamin A the body can’t utilise protein properly which affects muscle repair and building new muscle

Grass-finished beef does tend to be lower in overall fat content, but review published in the Nutrition Journal found that it contains significantly higher levels of omega-3s than grain/grass-fed

But, in a high amino acid and insulin environment, the higher omega-3 fatty acid levels enhanced mechanisms of muscle growth

This is fine if your goal is increased strength, but most people want to put on muscle whilst putting on minimal fat

After a workout you’ll be insulin sensitive, meaning that when you eat food, insulin will break it down into basic nutrients: protein breaks down into amino acids, dietary fats into fatty acids, and carbohydrates into glucose, which then make their way into the bloodstream

Upon finishing your workout you’ll be insulin sensitive, meaning you can capitalize on this is these ways:
Insulin shuttles protein into muscle cells and carbs spike insulin
Adding carbs to protein will increase the amount of protein absorbed
Increases in insulin are associated in increases in mTOR
Minimize fat content to reduce fat storage

A study published in the Canadian Journal of Applied Physiology found that muscle protein synthesis is elevated in humans by 50% at 4 hours following a bout of heavy resistance training, and by 109% at 24 hours following training.

It concluded that following a bout of heavy resistance training, muscle protein synthesis increases rapidly, is more than double at 24 hours, and thereafter declines rapidly so that at 36 hours it has almost returned to baseline

What Determines If You Lose or Gain Weight With Stress

How to Break Through Plateaus Mentally | Grit and Resilience

Arch Supports Can Worsen Your Flat Feet: My Opinion

7 Signs You Are Not Drinking Enough Water Scroll to top