This Post Was All About 3 Surprisingly Healthy “Junk” Foods on Keto. 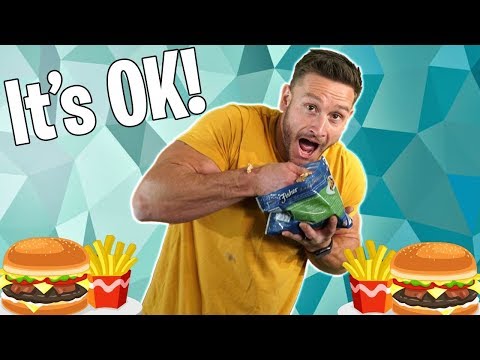 Mayonnaise is formed when two liquids come together to create a viscous, yet solid form

Mayo is mostly oil combined with an egg yolk, a teaspoon or two of an acidic liquid like lemon juice or vinegar – when blended together, it becomes a thick, creamy, stable emulsion

Contains Vitamin E from the eggs and avocado oil

When a T cell is exposed to a foreign pathogen, it extends a signaling device (vitamin D receptor) with which it searches for vitamin D
This means that the T cell must have vitamin D or activation of the cell will cease

However, even though the natural form of the vitamin exists in eight chemical variations, it is mainly the alpha, or a-tocopherol form which meets human needs, and is the most bioavailable

An increased level of oleic acid in the cell membrane reduces the oxidative damage caused by free radicals.

This amino acid is found in high amounts in other parts of the animal, including the organ meats and gelatinous cuts like tendons and skin

The majority of the protein in pork rinds is believed to be from glycine, an amino acid that’s a precursor to glutathione

Glycine deficiency may reduce the liver’s ability to synthesize bile – Bile acts as an emulsifier to fats, and is essential for the digestion of fat

Check the label as seed oils can be used to cook pork rinds and you only want “pork skin” and “salt,” ideally – if oils were used, they’ll be listed in the ingredients (MSG is often added, too)

Chocolate in its raw form comes from the cacao bean, which is full of antioxidants, fat, carbohydrates, protein, polyphenols like flavonoids

Magnesium is a mineral needed for more than 300 biochemical reactions in our bodies, and cacao nibs contain 272 milligrams per 100 grams.

Magnesium is key to muscle and nerve function, keeping the heart rhythm steady – thanks to its high magnesium content, along with the effects of epicatechin, cacao improves muscle structure and enhances nerve function

Contains phenylethylamine, which induces euphoria by stimulating the release of B-endorphin – An opioid peptide that stokes production of dopamine and norepinephrine

Oxalic acid – also contains oxalic acid, which is a compound found in cacao that inhibits the absorption of calcium, which most people have excess of

Both antioxidants and theobromine can improve blood flow, support healthy functioning of the heart and reduce thickening of arterial walls

What is High Oleic Oil Doing in Your Food? Dangerous or Helpful

Behind the Plaque – in Arteries, Brain, Joints & Teeth

5 Different Ways to Use Bone Broth