This Post Was All About 3 Drinks for Fat Loss & Digestion: Apple Cider Vinegar- Thomas DeLauer. 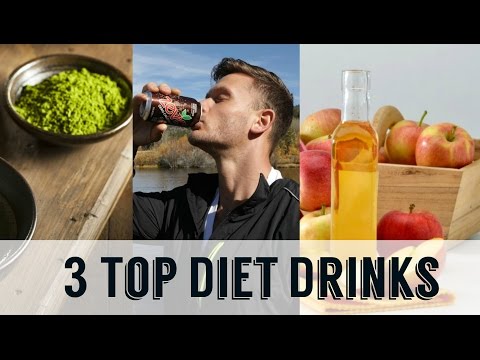 Zevia: Zevia is an all-natural zero calorie soda made without artificial sweeteners, is non-GMO, kosher, gluten-free, vegan and contains no colors, dyes or phosphoric acid. Considered all-natural, Zevia uses Stevia as a sweetener.

Regulate Blood Sugar/Glucose- An article published in Journal of Dietary Supplements evaluated how stevia affects diabetic rats. It was discovered that rats treated with 250 and 500 milligrams every day “significantly” reduced fasting blood sugar levels and balanced insulin resistance, and triglycerides.

Green tea contains a specific set of antioxidant known as catechins. Among antioxidants, catechins are the most potent and beneficial. One specific catechin called epigallocatechin gallate (EGCg) makes up 60% of the catechins in Matcha Green Tea. Out of all the antioxidants, EGCg is the most widely recognized for its cancer fighting properties.

Reduces Inflammation- Egcg appears to effectively inhibit TAK1 by blocking its phosphorylation. TAK1 is a mediator of inflammation, and is integral to the activation of downstream mitogen-activated protein kinases (MAPKs) in response to receptor stimulation by the inflammatory cytokines interleukin (IL)-1β and tumor necrosis factor (TNF).

The Proceedings of the National Academy of Sciences conducted a study and found that matcha green tea may reduce the severity of rheumatoid arthritis. During the study, mice were injected with collagen to induce a condition similar to rheumatoid arthritis in humans. Of those who drank tea, 44% became arthritic. Of those who didn’t drink tea, 94% became arthritic. (12)

3) Do Polyphenols Improve Your Gut Bacteria? (n.d.). Retrieved from

What Food Can You NOT Resist?

What is Cilantro Good For?

Do This Before Your Detox: IMPORTANT