This Post Was All About 3 Best Ways to Reduce Brain Inflammation. 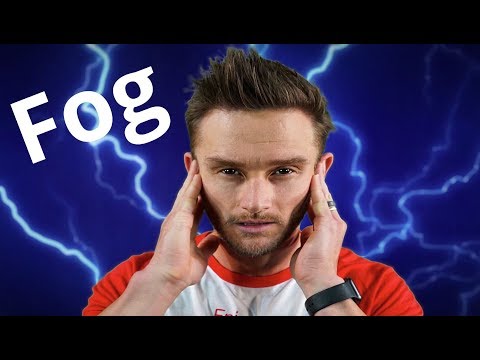 The Brain and Inflammation

When our body is inflamed, we can usually tell through the sensation of pain. Our brains, however, lack pain receptors, so we are unable to feel when our brains are inflamed.

Many studies have been conducted that link inflammation in the brain and decreased mental performance or health.

Depression medications are generally directed to boost serotonin and norepinephrine signalling. These therapies are not always successful for those suffering from depression.

A 2006 German study split depression patients into two groups: one group took only a traditional antidepressant reboxetine, and a second group took reboxetine and an anti-inflammatory drug celecoxib.

Those in the second group improved significantly more than those in the first group, showing that a reduction in inflammation had an impact on boosting mood.

What can lead to inflammation in the brain?

As we have seen, infections and cancer can lead to inflammation in the brain, but these are not the only contributors.

Researchers have even found that when rats are exposed to diets high in fat and sugar, inflammatory markers in the hippocampi increase and their spatial memory ability worsens, so what we eat can lead to neural inflammation as well.

So inflammation in the brain can lead to short-term cognition problems, short and long term mood impairment, and even to long-term neurological diseases such as Alzheimer’s.

What can we do to reduce this inflammation?

Not all foods that can help reduce inflammation in the body will help the brain – this is because not everything we consume can cross from the bloodstream and into the brain.

Curcumin, the main active component of turmeric, has been found to exhibit activity against many neurological conditions, including Alzheimer’s disease, multiple sclerosis, age-associated neurodegeneration, Parkinson disease, schizophrenia, depression, and many more.

Research has found many mechanisms through which curcumin may help to protect against Alzheimer’s Disease.

DHA in particular has been found to be correlated with depression – DHA deficiency is linked to depression symptoms.

In Western cultures, we consume far too many omega-6 fatty acids and too few omega-3 fatty acids.

One way to boost our brain health is to consume fewer omega-6 fatty acids, commonly found in processed foods in the form of soy, corn, canola, and safflower oil.

We can then consume more foods rich in omega-3 fatty acids, including cold water fish, such as salmon and sardines, seaweed, walnuts, and flaxseeds.

Green tea contains a compound EGCG (epigallocatechin gallate) that is a powerful anti-inflammatory and antioxidant, and is able to pass the blood-brain barrier.

In a 2004 study on mice published in The Journal of Immunology, mice who were infected with EAE were given oral EGCG at initiation or after the onset of EAE.

It was found that EGCG reduced neuronal damage and limited brain inflammation, leading to reduced clinical severity for mice whether given at initiation or after onset of EAE.

5. Long-chain omega-3 fatty acids and the brain: a review of the independent and shared effects of EPA, DPA and DHA

6. Dietary omega-3 fatty acids aid in the modulation of inflammation and metabolic health

7. An inflammatory theory of brain disease
/

Gained 3 Pounds From Only 1 Pound of Food? How Could This Happen?

Vitamin B1: Synthetic vs. Natural

Are You Bloated or Fat? How to Tell the Difference

The Missing Nutrient In Allergies Scroll to top