This Post Was All About 3 Best Times to Use Apple Cider Vinegar for Maximum Results (Fat Loss & More). 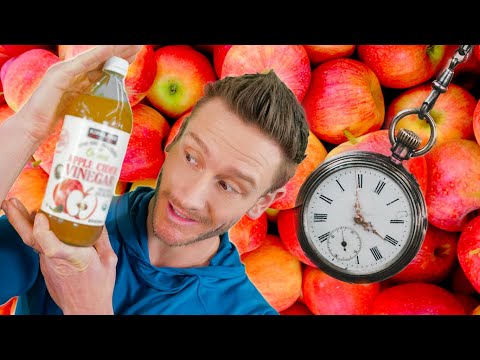 Apple Cider Vinegar is good for you. That we know. But when is the best time to take it? Well, in this video, I will break down THREE of the BEST times to take your ACV! Let’s dive in and I’ll see you in the COMMENTS!

Acetic Acid and Digestion and Bloating

A common reason for bloating is a lack of hydrochloric acid – acetic acid can increase pepsin production, which may lessen the bloat brought on by flying

A lack of oxygen or the proverbial thin air, as is common at high altitudes or during flights, can trigger inflammation in the intestinal tract

Pectin is a natural prebiotic

After a carb-laden (cheat?) meal/in between meals

Another study, from Diabetes Care, found that vinegar ingestion at bedtime moderates waking glucose concentrations in adults with well-controlled Type 2

A study in The Journal of Agricultural and Food Chemistry found that acetic acid upregulates PPARalpha, a gene that regulates fatty acid oxidation, in the liver, where almost all acetate in the portal circulation is metabolized

Enhances AMPK Activation (in the liver)

*Fasting & Keto both promote AMPK, and it turns out that ACV (acetic acid) actually upregulates AMPK as well*

AMPk being elevated in the liver increases fat oxidation (fat burning) vinegar increases AMPk in the liver and in fat cells.
https://pubs.acs.org/doi/abs/10.1021/jf900470c
/

This is my 100lb Intermittent Fasting Transformation

Why Boosting Your Metabolism Does NOT Work

Join Dr. Berg and Karen Berg for a lively discussion on KETO and IF this Friday...
Scroll to top