You are here: Home1 / All Articles2 / Keto and Fasting3 / 1 Day Reset (Plant Based): Try This Weekly

More specifically, you want help with 1 Day Reset (Plant Based): Try This Weekly?

This Post Was All About 1 Day Reset (Plant Based): Try This Weekly. 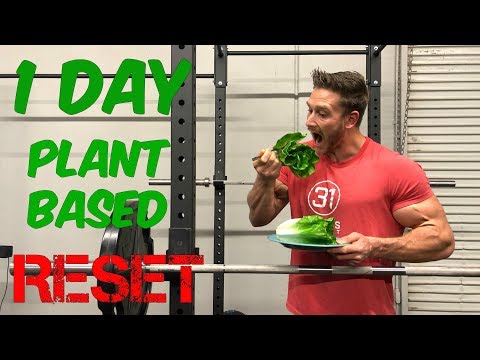 Why a Temporary Plant Based Diet

Participants 18 years or older completed a 10-week program from the period of January 2011 to January 2016. These individuals attended lectures on the health effects of a low-fat plant-based diet and followed this style of diet with three meals to full satiety and two meal replacements.

Control subjects were those who attended the lectures on the health effects of a low-fat plant-based diet but chose not to follow the proposed dietary intervention and meal replacements.

Results – when compared to controls, participants body fat percentage was reduced by 4.3 points (-13.4%), weight by 12 pounds, visceral fat by 1.6%, and increased muscle mass percentage of 4.2%.

The reduction in fat was statistically significant when compared to the control subjects following the 10 week intervention. These results were promising as they not only showed fat loss but relative preservation of muscle in those choosing to follow a low-fat plant-based lifestyle.

In a study published in the Nutrition Journal in 2014, researchers sought to examine the effects of a 7-day low-fat vegan diet on the body.

1615 participants over the period of 2002 and 2011 consumed a low fat (less than 10%), high carbohydrate (roughly 80%), moderate-sodium, plant-based diet for 7 days and had weight, blood sugar, blood pressure, blood lipids, and estimation of cardiovascular disease risk measures at baseline and on day 7.

Over just 7 days, the average weight loss was 3 pounds and median cholesterol, diastolic blood pressure, systolic blood pressure, and blood glucose all fell. Even the risk of a cardiovascular event within ten years dropped; for those with a risk of greater than 7.5%, it dropped an average of 27% to 5.5%.

In a 2012 study published in Nutrition & Diabetes on diet and weight loss, 60 overweight subjects aged 19-50 were split into two groups: one group was to concentrate on reducing their calories by 500 per day, while the other was to concentrated on consuming 8 vegetables and 2-3 fruits per day for 12 months.

The participants were taught basic nutrition principles and were helped throughout the 12 month period.

While overall the group that reduced their calories lost more weight, the carotenoid measurements revealed that some participants in both groups increased their fruit and vegetable content.

When comparing weight loss with serum carotenoids, it was found that increased carotenoids, and thus fruit and vegetable consumption, was correlated with improved fat and weight loss.

This finding suggests that increased fruit and vegetable consumption is an effective strategy for weight loss. As those who also reduced calories lost even more weight, pairing caloric reduction and increased vegetable and fruit intake appears to be even more effective than either strategy on its own.

While making a complete change to a plant based lifestyle can bring about challenges, such as making sure to obtain a complete amino acid profile, optimal levels of omega-3 fatty acids, and sufficient caloric intake, just 1-2 days per week can lead to significant benefits without all of the limitations and work.

Be sure that on these days you are eating a wide variety of whole, plant-based foods.

Eat lots of high-fiber foods, such as beans, lentils, and oats to feel full and satiated throughout the day.

Add in more fruits and vegetables to your daily diet, regardless of whether you are eating animal products that day.

The Danger of Not Absorbing Fats

How to Fix a Slow Metabolism: MUST WATCH!

Is Keto Safe for Kids? What the Research Says